Susan Fehseke, a somewhat new Mah Jongg player and teacher from Kansas, has sent us some
wonderful photos from the games of the 4 Winds Mahjongg League that are more than just
fun…they support local charities while they are having a great time playing Mah Jongg! 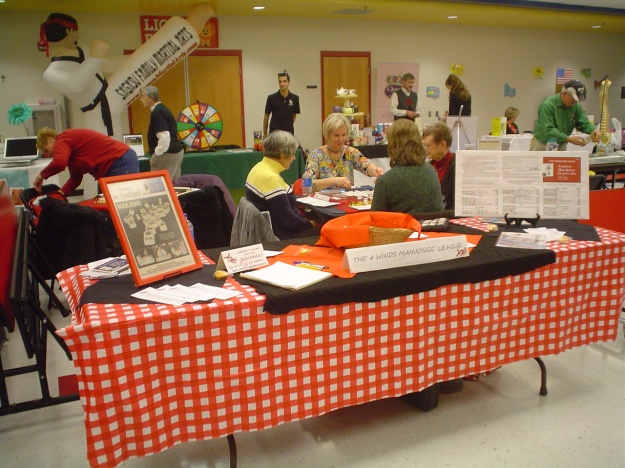 This first picture is of her group attending the Ladies Night Out Event that benefits “Alliance
Against Family Violence” in Leavenworth County. We were invited to showcase our club and the
game of Mah Jongg while raising money for AAFV.  Susan said, “It was lots of fun!” 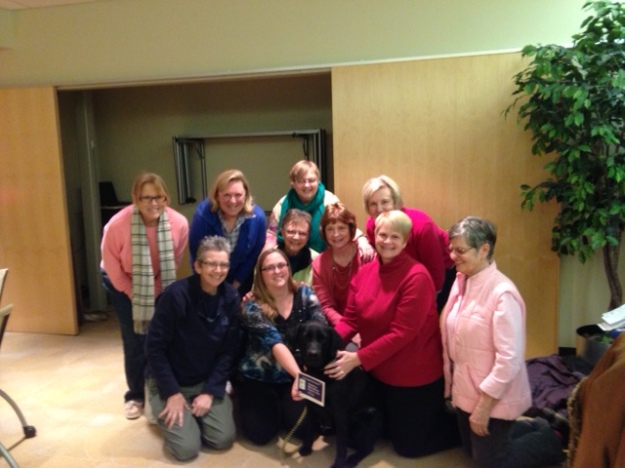 This next picture shows the group with “Houston,” their club service dog in training.  He was being trained by one of the members who volunteers for Paws For Freedom, the group’s 2014 charity.  Houston came to lots of their club nights and acted like a perfect gentleman! He has now left the group to began his life as a service dog for which he was trained.

Next is the article from the paper on their 2013 charity, BLAS ( Basehor-Linwood Assistance
Service) highlighting our food drive and the our money donation from the NMJL. 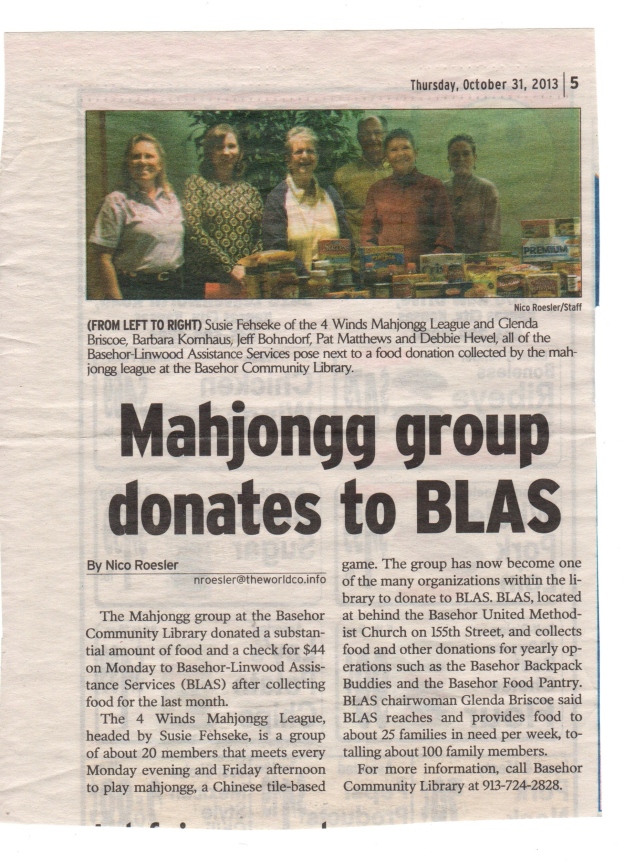 And here is a picture of the person who made all of this possible – the instructor, Suzie Fehseke: 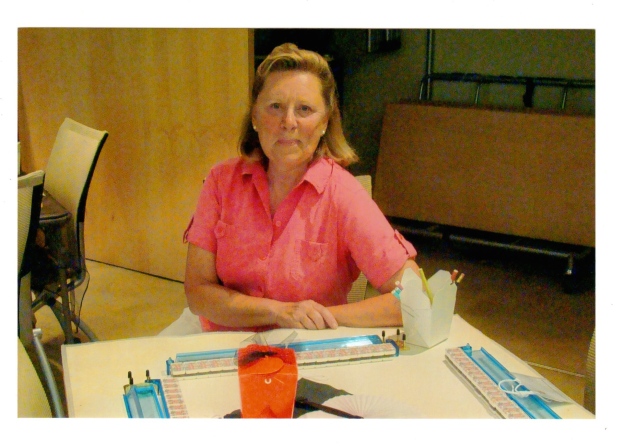 Suzie wrote:
“We so enjoyed the Mah Jongg Madness segment on CBS Sunday Morning. Our club is still
rather new, learning the strategy of the game, but maybe in a year, we will be ready to challenge
other players by having our own tournament!! Kansas does not have a lot of Mahjongg players
as of yet…but…..I am working on that!”
So, for all of you out there in Kansas who want to learn how to play Mah Jongg while at the
same time supporting worthy charities, contact Suzie at the4windsmahjonggleague@gmail.com