With thanks to Tony Watson, “here is a rare advertising brochure for the British maker HP Gibson, describing their sets and pricing. From 1924-ish, very unusual to see this survivor.” 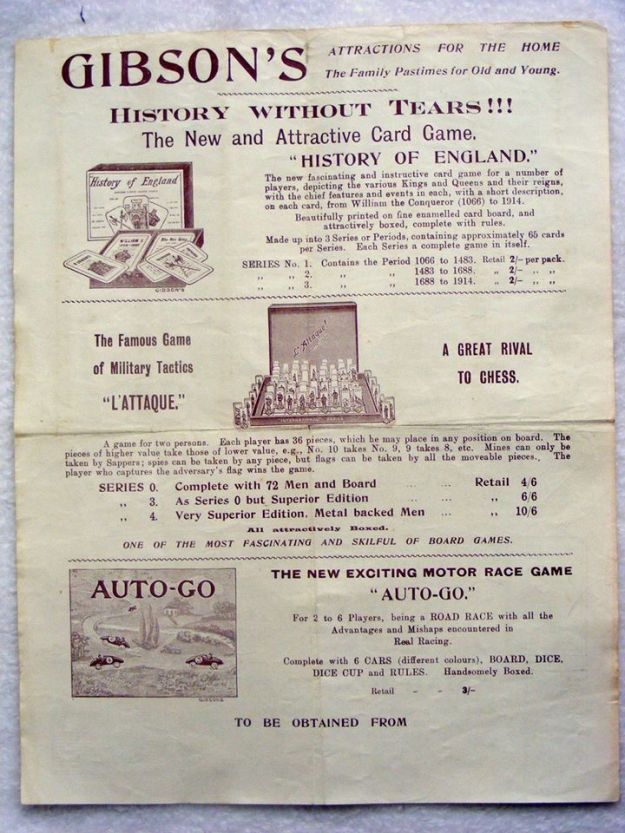 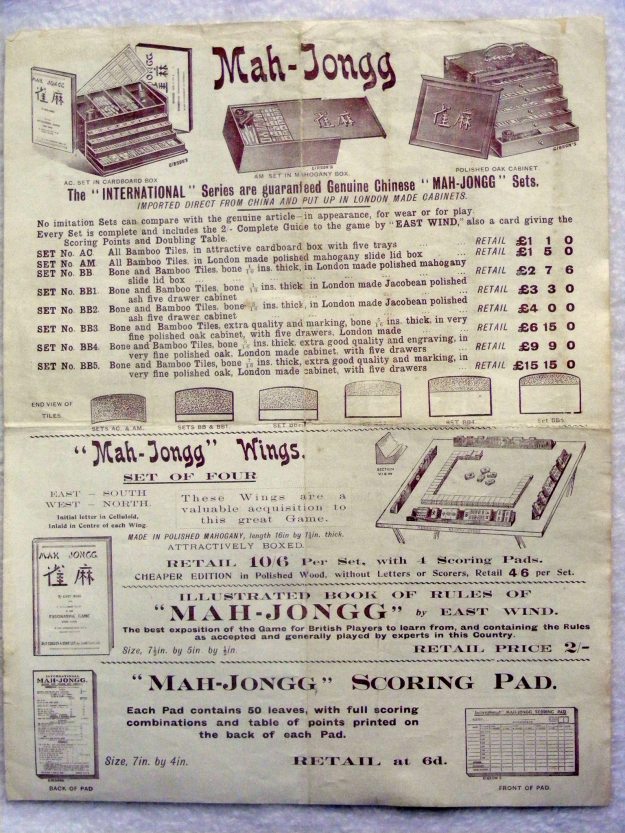 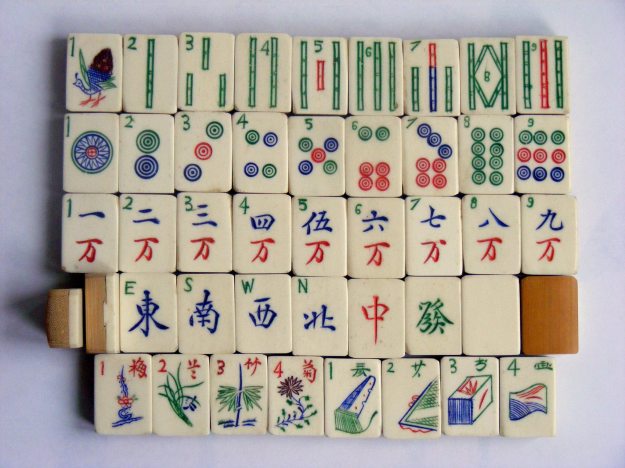 As Tony describes this set, “the tiles are bone & bamboo measuring 31x22x12mm with 4mm bone to dovetail, in almost unused condition, with very few Haversian lines.
They feature a fat peacock, strangely with no beak (?), joined rod bamboos, green #8 circles (not seen this before) and basic, but nicely carved Flowers and Arts.”

The box is a slide-top, made from mahogany (except the slide is plywood) with painted sinograms in gold and red with black shadow, measuring 275x150x85mm.

“…in Britain it was only Gibson and Chad Valley (and possibly Jaques) who made ‘traditional’ boxes in oak & ash – not a wood of choice for the Chinese craftsmen. Most British boxes were cardboard or paper-covered pine during the austerity years between the wars, even those from the top stores, like Harrods.”

Also, “…a set of ‘wings’ came with the set, 3 blonde and 1 ‘ebony’ racks with an inlaid acetate circle with E, S, W, N on the upright faces. Also has a mini horn ming box, cricket box for 4 mini dice and small neat bone counting sticks.”

Much thanks to Tony for sharing these great pictures and this wonderful history lesson!