Yesterday I hosted our game and it seems that it had been such a long time since everyone was chez moi. We started out the day by opening a lovely hostess gift of a bottle of wine from G so I knew right away that this would be a great day! Lunch was yummy especially since heirloom tomatoes are so delicious right now. We had an heirloom tomato tart along with a salad of arugula, watermelon, and parmesan. This tart was not only delicious but also really beautiful. 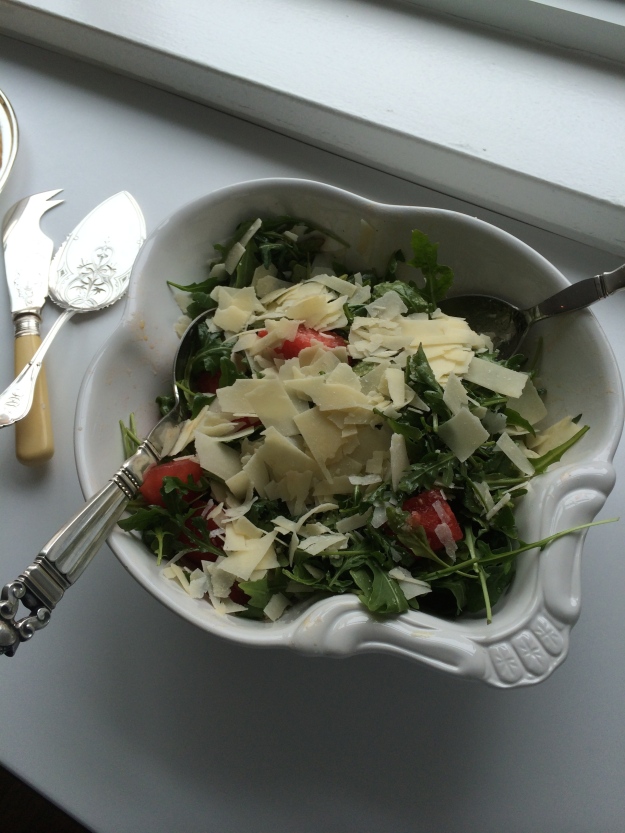 Read on for more about our lunch and for some of the hands we played. As always, the recipes will be published tomorrow.

I was so happy to win with this LIKE NUMBERS hand of FFFF 1111 11 1111.  I didn’t think I could complete this hand because two One Bams had already been thrown but then I picked up another One Dot and a Joker and then I was able to use the One Bams as the Pair in the hand.

Another win for me with this CONSECUTIVE RUN hand of 11 22 333 444 5555. A Five Dot was already thrown and I was unable to pick it up because I only had two Five Dots in my hand at that time. But once again, I got lucky and picked up a Joker and then picked the only other Five Dot left. Lucky, lucky.

We took a break for dessert – a recipe I had seen in The New York Times called NYC Baked Cherry Crumble. I will give you the recipe tomorrow but quite frankly, I didn’t like it all that much and the trouble of pitting 6 1/2 cups of cherries really wasn’t worth it for how this turned out. But the Talenti Vanilla Bean Gelato was – as always – really yummy! 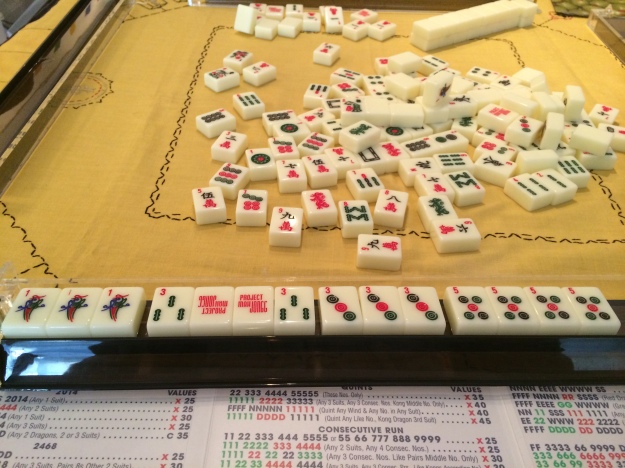 And I was thrilled to play another hand I had never played before – and one worth 30 cents to boot! – the WINDS – DRAGONS hand of EE 22 WWW 222 2222. This was really lucky for me because I didn’t have any Eight Bams and I watched them being discarded one by one and I couldn’t pick them up. But then I picked up two more Eight Craks making the Kong and then the Jokers floated in to help me make the Pung of Eight Bams. 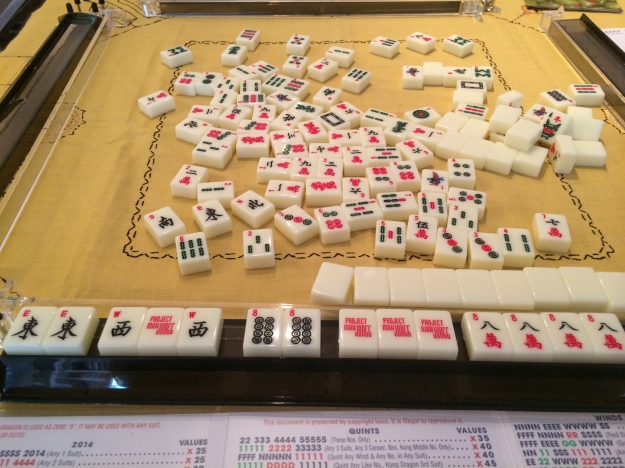