Today’s posting is about a book written by the man we all can thank for our fun times at the Mah Jongg table.

In 1912 an American by the name of Joseph P. Babcock was sent to China as a representative of the Standard Oil Company. Babcock and his wife became enamored with the Chinese tile game that was all the rage among the ex-pats living in Shanghai. An entrepreneur by nature, he created a simplified version of the game, called it Mah-Jongg, and brought it to the United States.  He then wrote what was at that time the definitive rule book for the game and called it Babcock’s Rules for Mah-Jongg, which quickly became known simply as The Red Book.

My copy of this book is really in bad shape but I suspect many of you may have copies that have held up better (or have been in homes with more caring hands than where my copy lived) and I would love to see your photos. In the meantime, here are some of the pages…enjoy! 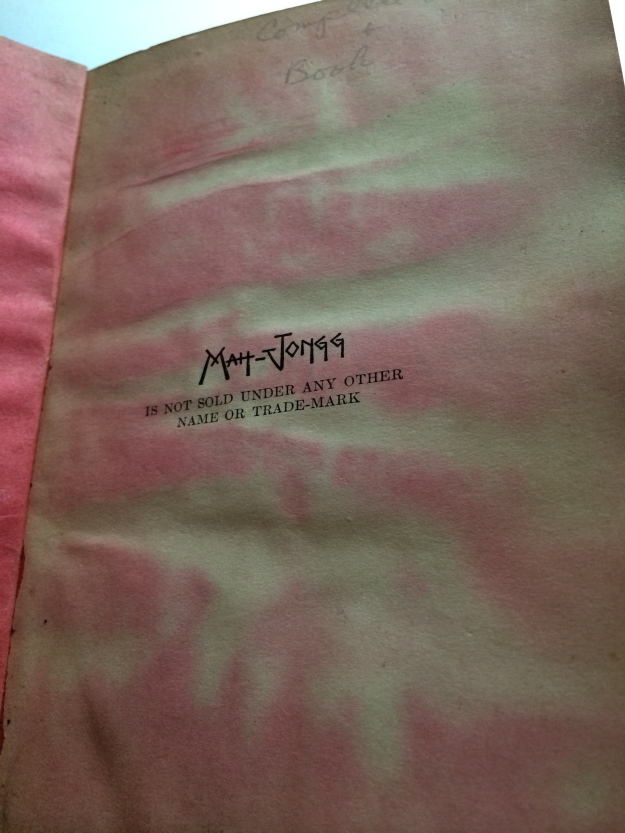 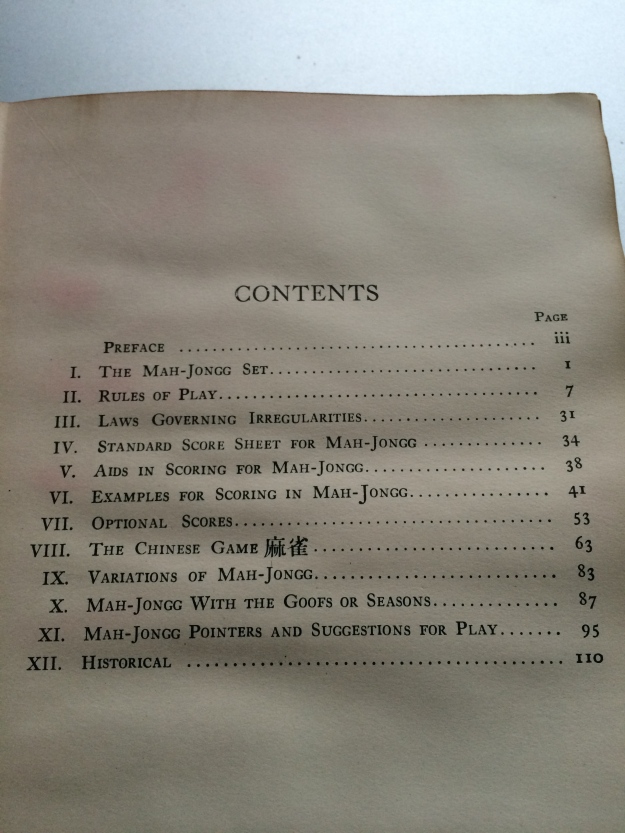 2 thoughts on “THE FATHER OF US ALL…”