In between Rosh Hashanah and Yom Kippur there is still time for Mah Jongg…and yesterday was my turn to host the OMs at our Wednesday game. We started out with a summery lunch – even though it is now October – since the weather has been warm and sticky. First we had Chilled Cucumber Soup with Shrimp followed by Pic’s Fresh Crab Salad with Lime Juice and three yummy cheeses – D’Affinois, Piave, and Humboldt Fog (as always, recipes will follow tomorrow – all are easy and delicious and from recipes by Ina Garten/Barefoot Contessa). 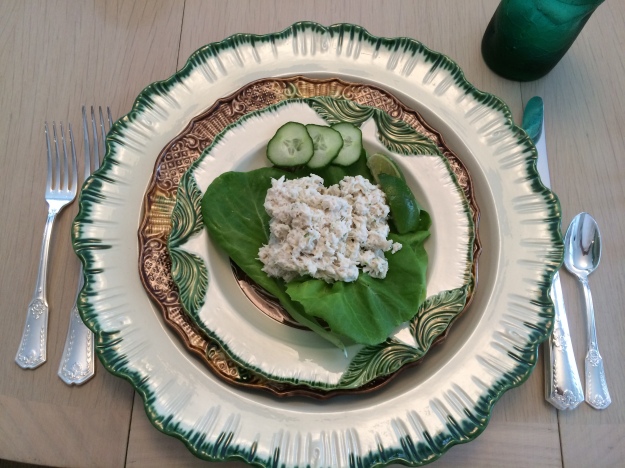 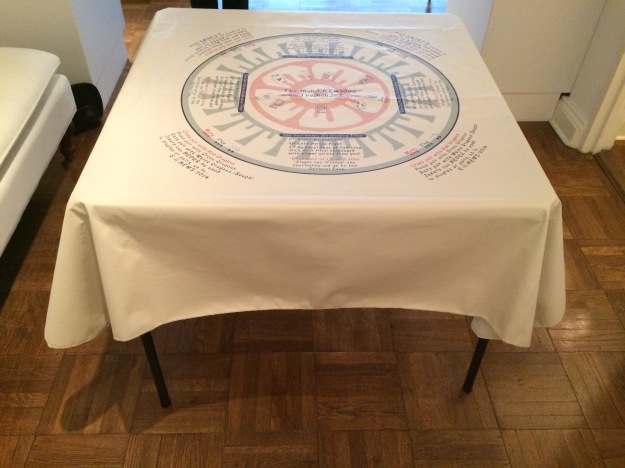 This table cover ensures that you will not mess up the Charleston!

The first Mahj of the day belonged to K with a WINDS – DRAGONS hand of NNNN EW SSSS 2014:

I was having a hard time trying to figure out why I wasn’t getting a winning hand and then I got lucky – or so I thought – as I declared Mah Jongg with a beautiful SEVEN HANDS combination of FFFF 3333 44 7777. 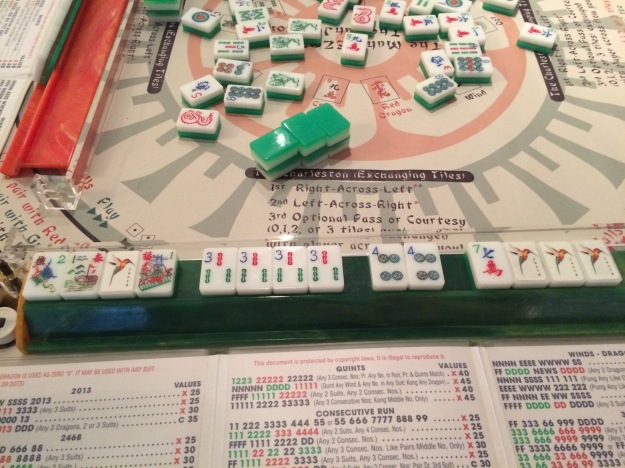 Unfortunately for me, there is no such hand on this year’s card…I was playing with a 2013 card! Can you believe this?!! Well, at least we all got a really good laugh out of this and I quickly retrieved my 2014 card (and of course, I was dead for the rest of this game)!

I made up for lost time (or, should I say, wrong card game play!) in the next game with a winning WINDS – DRAGONS hand of NNNN EEEE WWWW SS. 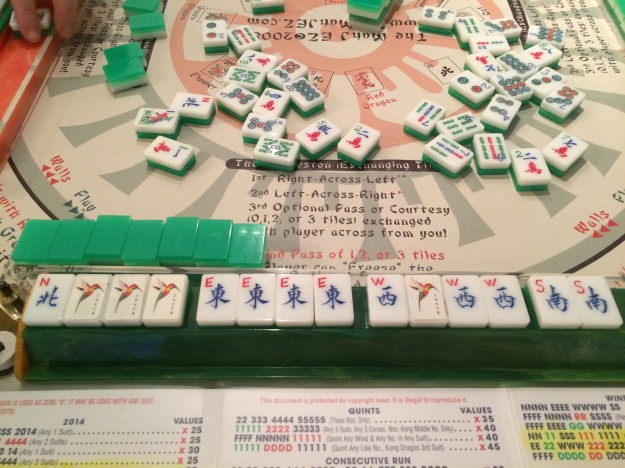 Whew! I felt somewhat vindicated and decided it was time for our dessert of Eton Mess – YUM! 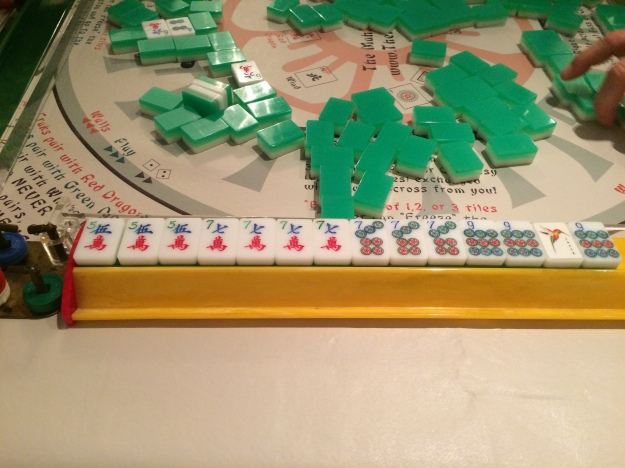 Last hand of the day was won by K with a reprise of this 2014 hand of NNNN EW SSSS 2014 which had been her winning hand during the first game of the day:

This was a really fun day and one in which I learned a big lesson – always make sure you are playing with the current card!